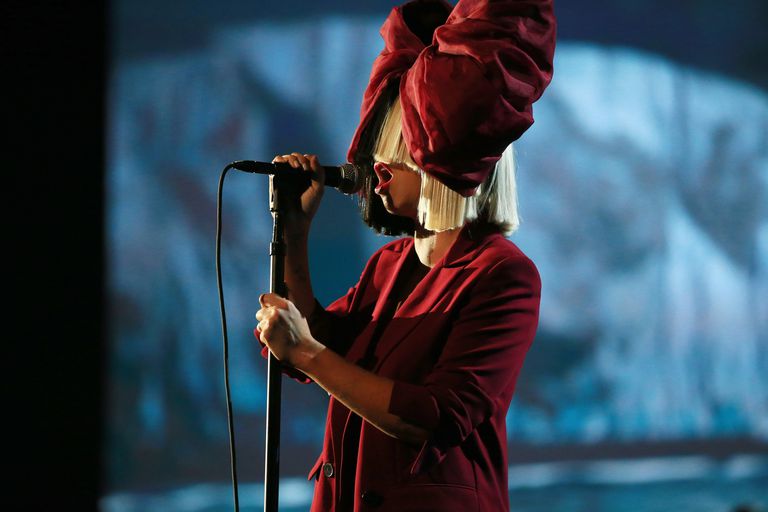 Sia Furler first broke through in alternative music circles. Her rise in mainstream pop circles as an artist was nearly simultaneous with her success at helping write major pop smashes by other artists including Rihanna’s #1 hit single “Diamonds.” On the heels of the success of her solo single “Chandelier” in 2014, Sia released two consecutive platinum albums. 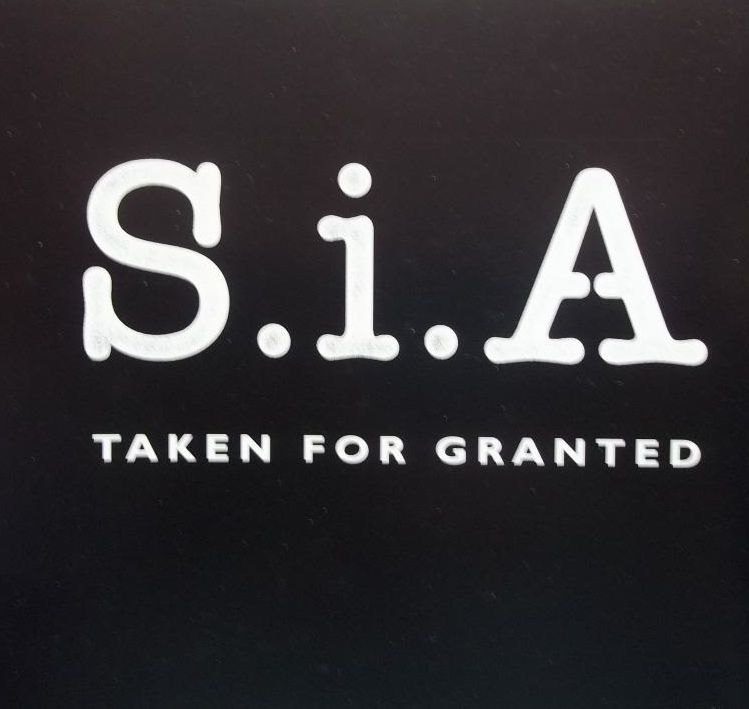 “Taken For Granted” was the debut single from Sia as a recording artist. It samples “Montagues and Capulets,” a segment of the ​Romeo and Juliet ballet by Russian classical music composer Sergei Prokofiev. “Taken For Granted” is included on the album Healing Is Difficult. Sia released the single in the U.S., U.K., and Australia, but it only made a chart impact in the U.K. reaching #10. The album Healing Is Difficult had little chart impact peaking at #99 in Australia and not reaching the album chart elsewhere. Sia performed the song on the U.K.’s TV series Top of the Pops. 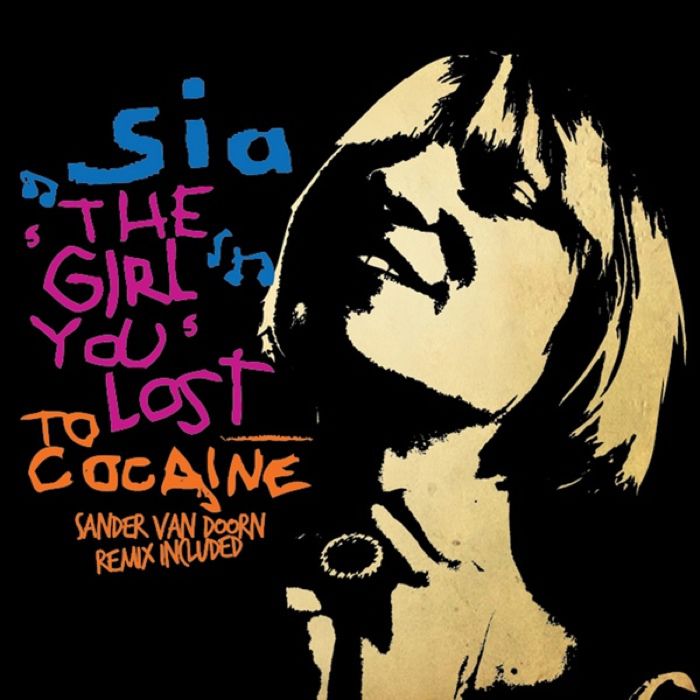 “The Girl You Lost to Cocaine,” tells a tale of walking away from a friend who becomes too needy. Sia explained in interviews that she writes the basics of most of her songs in about 10 minutes or less. “The Girl You Lost to Cocaine” took longer than that.Sia’s fourth studio album Some People Have Real Problems includes the song. Critics cited it as a highlight of the album. With multiple dance remixes, the song climbed to #8 on the U.S. dance chart. The album became Sia’s first to chart in the U.S. peaking at #26. It reached #5 on the alternative album chart. 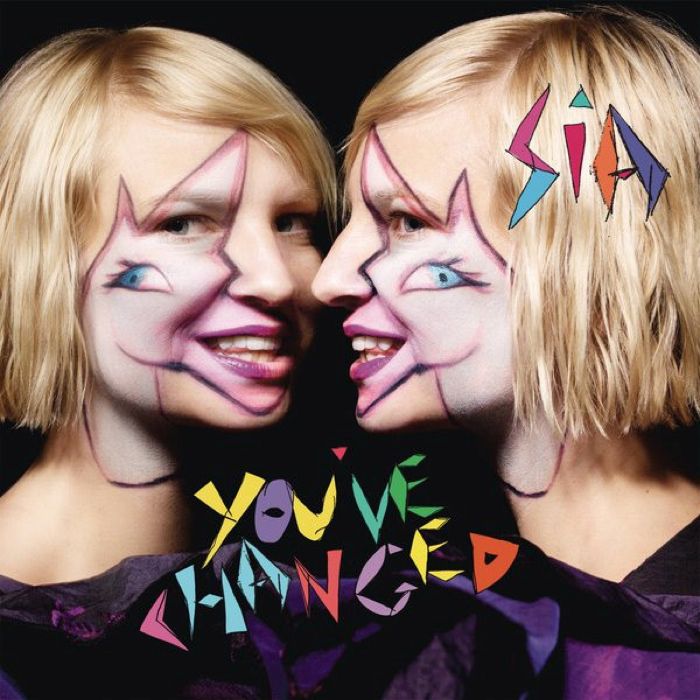 “You’ve Changed” was released as the first single from Sia’s fifth studio album We Are Born with the wind of some commercial success at her back. The song was first announced via a Twitter post and given away for free in late December 2009. Sia co-wrote the song with American DJ and producer Lauren Flax. With a credit of Lauren Flax featuring Sia, “You’ve Changed” edged on to the U.S. dance chart in 2010. The album We Are Born includes the song, and it received positive critical reviews. The tone of the album is more upbeat than previous releases, and Sia partially attributed the change to influences from her childhood idols Cyndi Lauper and Madonna. The album hit the top 40 on the U.S. album chart and went to #2 at home in Australia earning a nomination for Album of the Year at the Australian ARIA Music Awards. “You’ve Changed” received TV exposure as part of the season one finale of The Vampire Diaries. 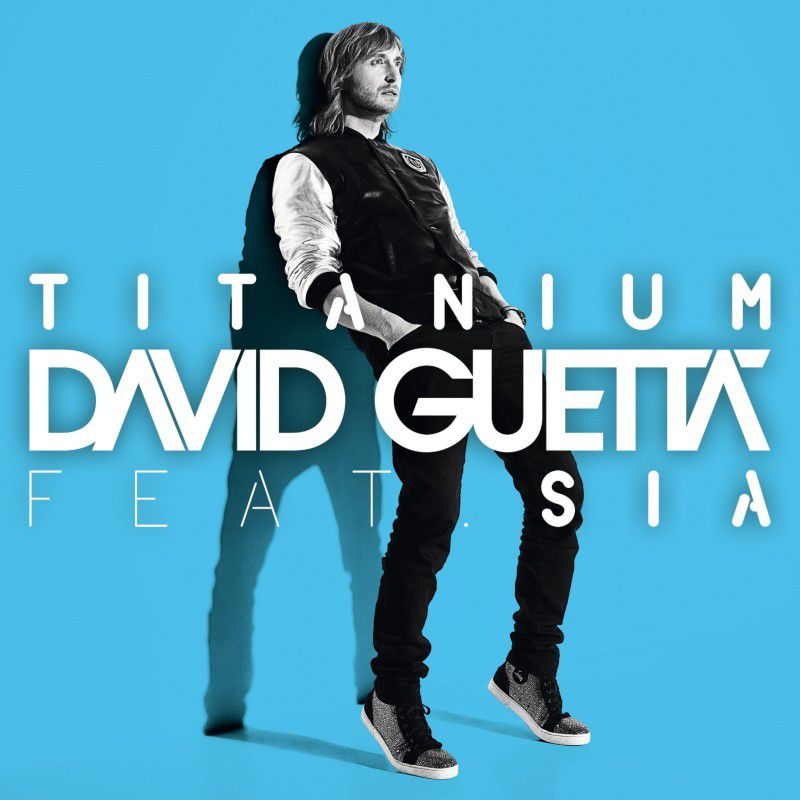 The song “Titanium” brought Sia worldwide attention from pop fans. French dance music DJ and artist David Guetta discovered her music online, and he decided he wanted her to appear on his album Nothing But the Beat. Sia first wrote “Titanium” with other singers like Katy Perry and Alicia Keys in mind. The first David Guetta recording of “Titanium” featured vocals from Mary J. Blige, but ultimately he decided that he preferred the demo vocals by Sia. She was dismayed at first that he used her vocals without formal permission, but her powerful vocals earned strong critical acclaim. “Titanium” was a worldwide pop success peaking at #7 on the U.S pop singles chart, Sia’s first appearance in the top 10 in the U.S. It also peaked at #3 on the dance chart. 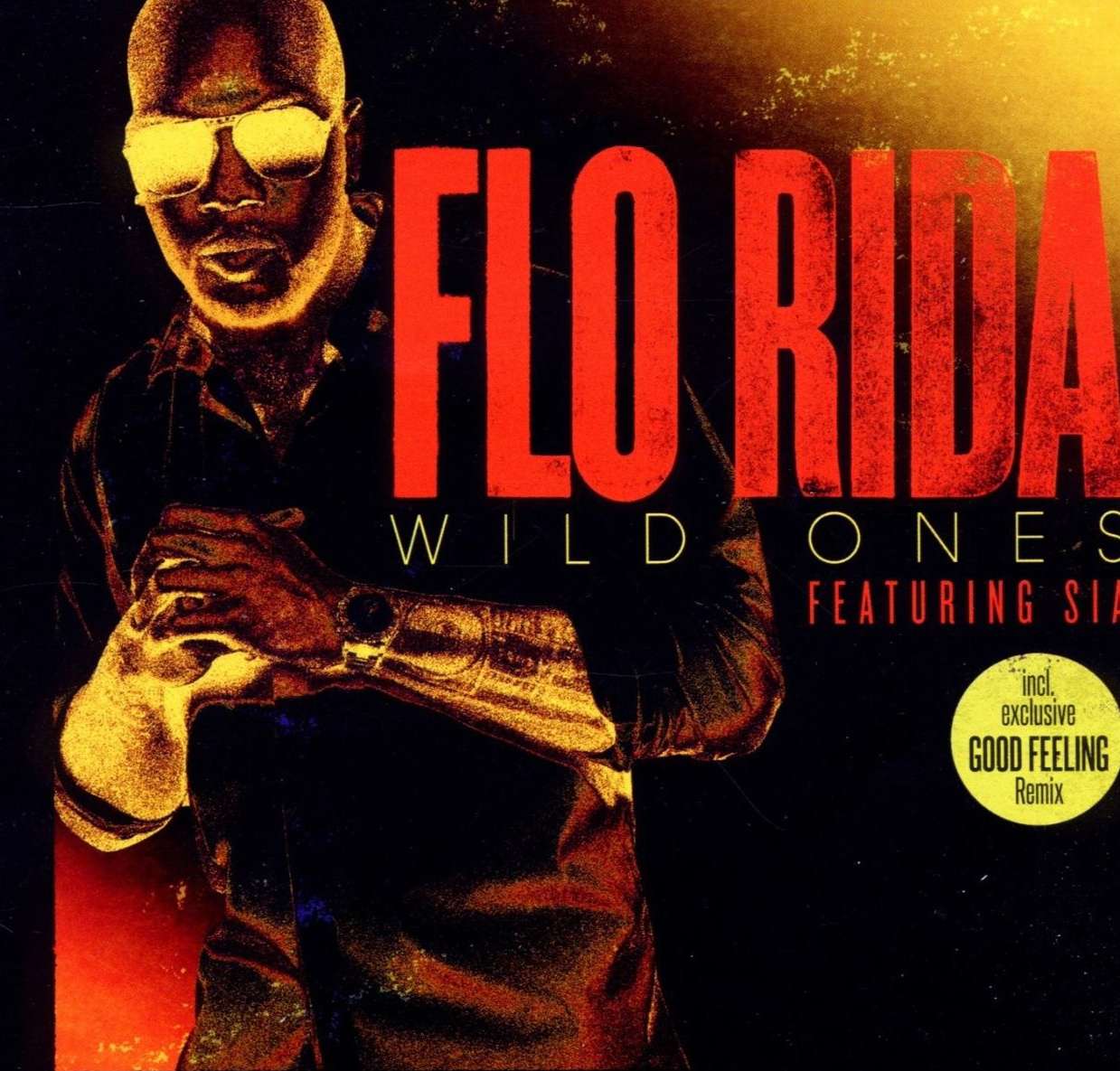 After helping David Guetta put together the smash hit single “Titanium,” Sia met pop-rapper, Flo Rida. They collaborated on this second single from his Wild Ones album. Sia co-wrote the song and sang the chorus. She claims she wrote the hook in fifteen minutes. “Wild Ones” became a worldwide pop smash hit. It peaked at #5 on the pop chart in the U.S. and also hit the top 10 on the rap songs chart. “Wild Ones” has sold more than six million copies around the world and earned a Grammy Award nomination for Best Rap / Sung Collaboration. Flo Rida performed “Wild Ones” live multiple times on television, but Sia did not take part in the performances. He presented it on the finale of the second season of The Voice with contestant Juliet Simms singing the chorus. Carly Rae Jepsen took the same role when Flo Rida performed “Wild Ones” at the 2012 MuchMusic Video Awards. 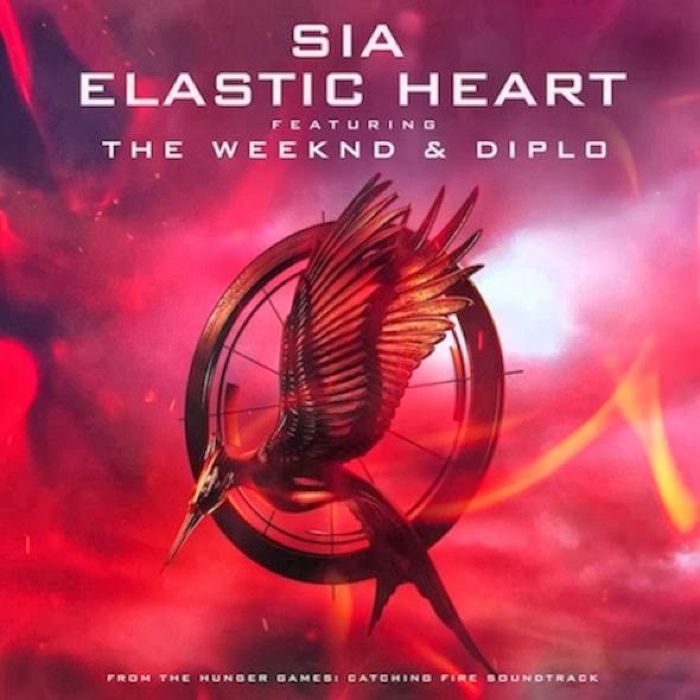 The big electronic ballad “Elastic Heart” was written and recorded for the soundtrack of the film The Hunger Games: Catching Fire. Canadian artist The Weeknd co-wrote “Elastic Heart,” and it was co-produced by Greg Kurstin, Sia’s collaborator on the breakthrough hit “Chandelier,” and Diplo. The Weeknd and Diplo are both credited with featured appearances. Sia recorded a solo version of the song for her album 1000 Forms of Fear and released it in 2015 as a single. “Elastic Heart” peaked at #17 on the U.S. pop chart and hit #1 on the dance chart. The accompanying music video featuring actor Shia LaBeouf and dancer Maddie Ziegler caused some controversy. The pair dance inside a cage wearing body suits that make them appear nude. Some observers found the age difference between 29-year-old LaBeouf and 13-year-old Ziegler disturbing. Nevertheless, the video earned an MTV Video Music Awards nomination for Best Female Video. 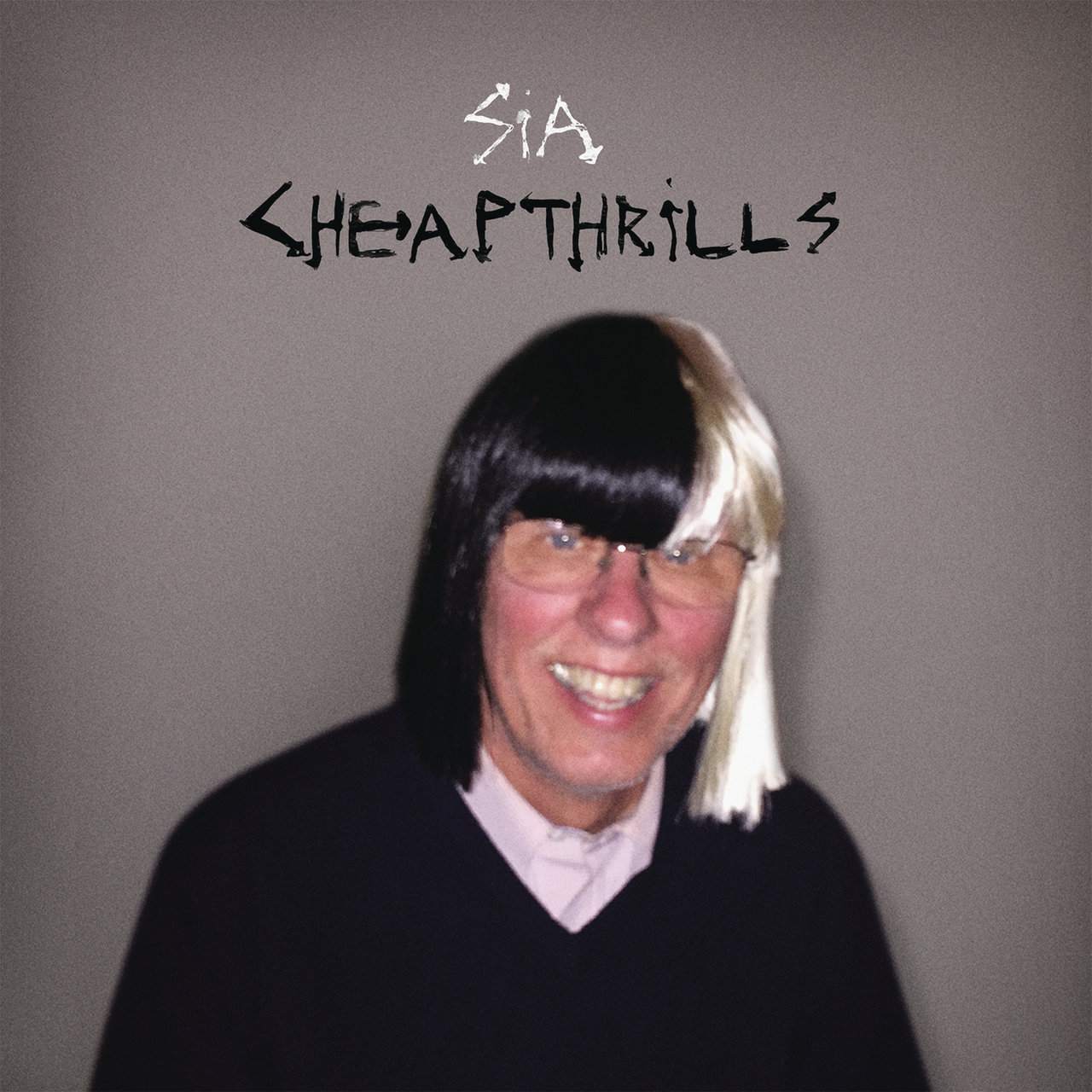 Written with and produced by Greg Kurstin, “Cheap Thrills” became Sia’s first #1 pop hit single in the U.S. It is an electronic pop song with reggae influences. It peaked at #2 on the U.K. pop singles chart becoming Sia’s biggest hit there as well. “Cheap Thrills” was first offered to Rihanna for her Anti album, and she turned it down. Instead, Sia included it on her own This Is Acting album. The accompanying music video features dancer Maddie Ziegler with two male dancers. The choreography is the work of Ryan Heffington who also choreographed the award-winning “Chandelier” video. “Cheap Thrills” found success across musical genres hitting #1 on the dance chart and reaching the top 5 at adult pop radio and making an appearance on the Latin radio airplay chart. A version of the song featuring Sean Paul earned a Grammy Award nomination for Best Pop Duo / Group Performance. 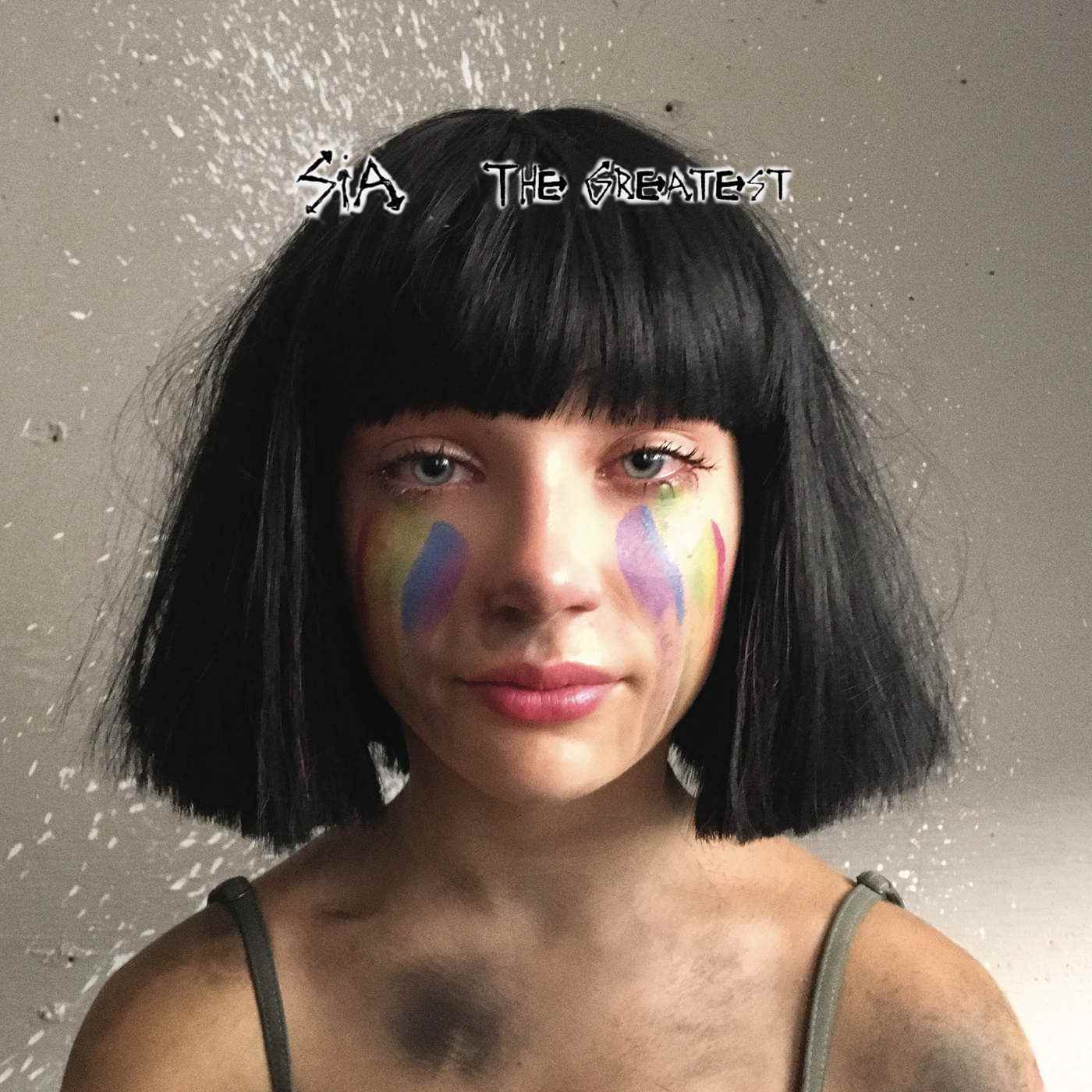 Sia recorded “The Greatest” for a deluxe reissue of her album This Is Acting. Producer Greg Kurstin and Sia initially planned for the song to be part of a new full-length album to be titled We Are Your Children. It continues in the tropical vein of “Cheap Thrills.” “The Greatest” reached the top 10 on the U.S. pop singles chart. Sia and frequent collaborator Daniel Askill directed the accompanying music video. Ryan Heffington provided choreography again. Maddie Ziegler is one of 49 individuals appearing in the clip. Media observers concluded that the clip is a tribute to the 49 victims of the Orlando nightclub shooting. 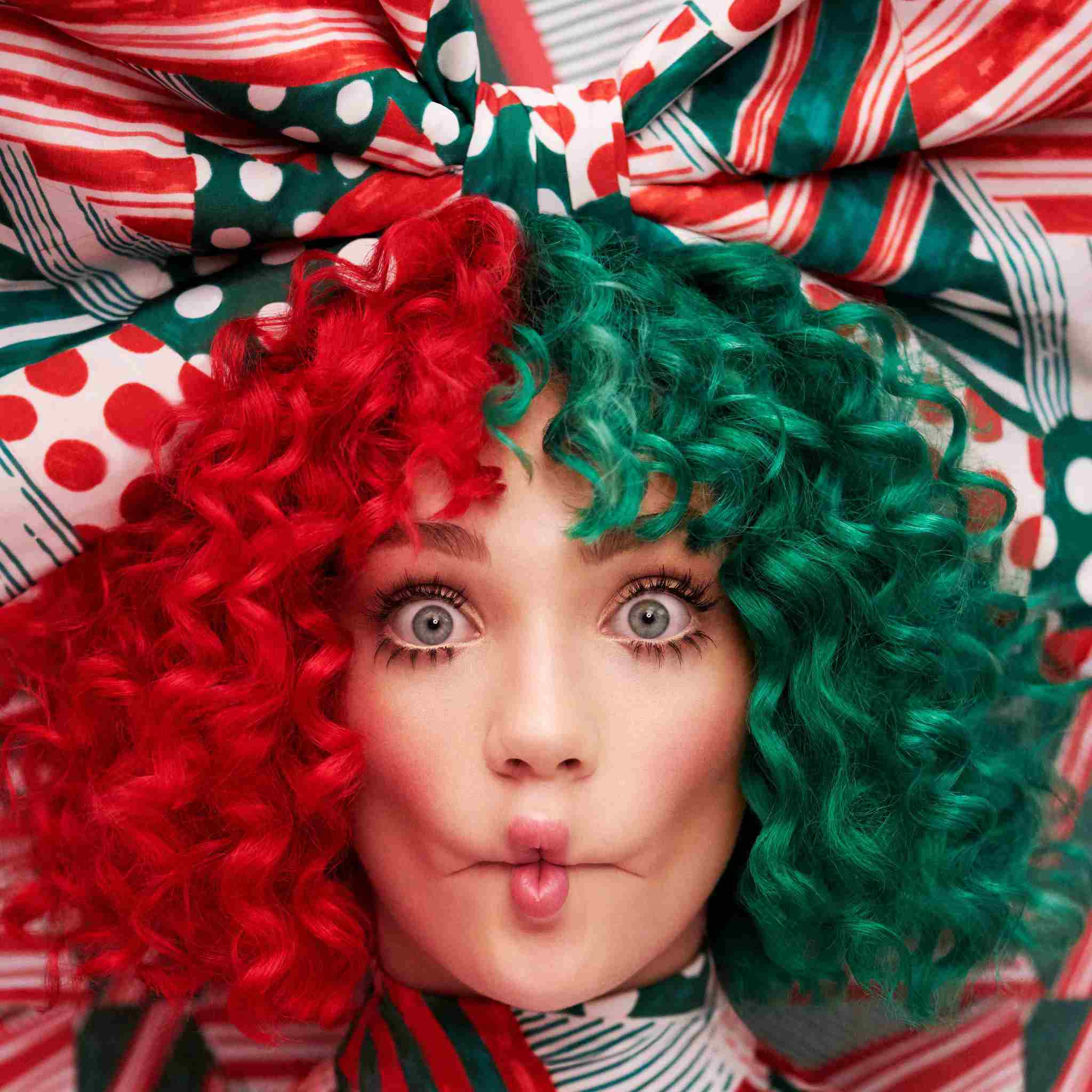 “Santa’s Coming for Us” is the first single from Sia’s holiday album Everyday Is Christmas. She worked once again with frequent collaborator Greg Kurstin as producer. Sia reported that the recording sessions ended up with the pair, “laughing at the end of each day.” The song “Santa’s Coming for Us” is an original composition. It climbed into the top 10 on the adult contemporary chart and hit #9 on the Holiday Digital Song Sales chart. The accompanying music video continues Sia’s tradition of enlisting others to star in clips for her songs. Kristen Bell is shown hosting a party for a wide range of other celebrity friends. The guest list includes Henry Winkler and Susan Lucci among many others. ]]>

Comments Off on Pop star sia