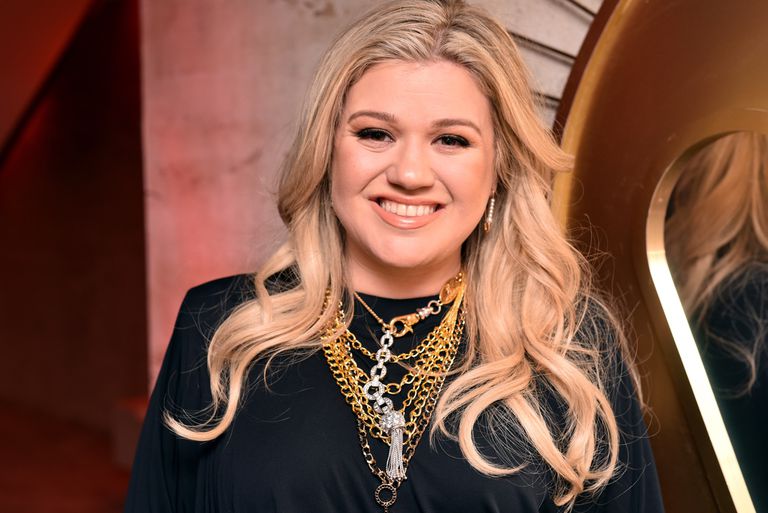 Kelly Clarkson (born on April 24, 1982) won the first season of the hit TV series ​​American Idol and became a pop superstar. She won three Grammy Awards and sold more than seventy million recordings. Her voice is recognized as one of the best in pop music, and she is a role model for independent women in the music industry.

Kelly Clarkson grew up in Burleson, Texas, a suburb of Fort Worth. Her parents divorced when she was six years old, and Clarkson’s mother raised her. Clarkson attended a Southern Baptist church as a child. At age 13 she was singing in the halls of her middle school when the choir teacher heard her and asked her to audition. Clarkson was successful as a singer and actor in musicals while in high school. She performed in Annie Get Your Gun, Seven Brides for Seven Brothers, and Brigadoon. She received full scholarship offers to study music in college, but she turned them down in favor of moving to Los Angeles to pursue a career in music. After recording multiple demos, Kelly Clarkson rejected recording contracts from the Jive and Interscope labels out of fear they would pigeonhole her as a bubblegum pop act.

After her Los Angeles apartment was destroyed in a fire, Kelly Clarkson returned to Burleson, Texas. After urging by one of her closest friends, she decided to enter the first American Idol talent search with 10,000 other hopefuls. Clarkson has referred to the show’s first season as chaotic. The operation of the show changed every day, and the contestants were like kids in camp. Kelly Clarkson’s strong, confident voice and friendly, disarming personality made her a fan favorite. On September 4, 2002, she was named the winner of American Idol. RCA Records immediately signed her to a recording contracted and slated music industry legend Clive Davis to executive produce her first album. With the enormous publicity from her American Idol victory at her back, Kelly Clarkson’s first single “A Moment Like This” reached the top of the pop chart in its first week of release. Remaining true to her “girl next door” personality, she chose to remain living in Texas instead of moving to either coast. In the spring of 2003, Kelly Clarkson followed up on her hit single by releasing Thankful, a full-length album. The album was an impressively varied pop collection that endeared the star to a young audience. “Miss Independent,” the first single from the album, was another top 10 hit. For her second album Breakaway, Kelly Clarkson asserted more artistic control and introduced a rock edge to many of the songs. The results turned her into a pop superstar. Released in November 2004, the album sold over six million copies in the U.S. alone and the single “Since U Been Gone” went to the top of the pop singles chart garnering accolades from a wide range of pop and rock critics and fans. The single “Because of You” touched many listeners with its themes of family dysfunction. Music from the album earned two Grammy Awards including Best Pop Vocal Album. Kelly Clarkson began work on her third album, My December, while still on tour. With critics and fans alike eagerly awaiting the new project, she took a turn in an even more intense rock direction and laid bare difficult and disturbing emotions and experiences. A lack of radio-friendly pop singles created discord with Clarkson’s record company, including reported conflict with executive Clive Davis, and, despite the strong critical praise, the album’s sales were anemic when it hit stores in June 2007. My December only produced one top 10 pop hit, the lead single “Never Again.” In the wake of the controversy and disappointment surrounding My December, Kelly Clarkson turned in the direction of country music and collaboration with country superstar Reba McEntire. The pair went on a major national tour together, and Clarkson signed with Starstruck Entertainment, a company run by McEntire’s husband, for management. By June 2008, Kelly Clarkson confirmed online that she was working on material for a fourth solo album.

Many of those closely watching Kelly Clarkson’s career expected her fourth album would be country music. However, she instead turned back to something more like her smash pop breakthrough album Breakaway. The first single, “My Life Would Suck Without You,” debuted on pop radio on January 16, 2009, and the album All I Ever Wanted received a March release date. “My Life Would Suck Without You” became Kelly Clarkson’s second #1 hit single and All I Ever Wanted topped the album chart. Two additional top 40 pop hits followed from the collection, “I Do Not Hook Up” and “Already Gone.” The album earned a nomination for a Grammy Award for Best Pop Vocal Album. Kelly Clarkson released her fifth studio album Stronger in October 2011. She mentioned Prince, Tina Turner, and the rock band Radiohead as influences. The title song “Stronger (What Doesn’t Kill You)” hit #1 on the pop singles chart and became the biggest hit single of Kelly Clarkson’s career. It earned strong praise from critics for its themes of personal redemption. The album became Kelly Clarkson’s first to sell over a million copies since Breakaway in 2004. The album Stronger won a Grammy Award for Best Pop Vocal Album and the single “Stronger (What Doesn’t Kill You)” earned Kelly Clarkson’s first nomination for Record of the Year. In 2012, Kelly Clarkson released her greatest hits collection. It was certified gold for sales and included the top 20 charting single “Catch My Breath.” She followed it with her first holiday album Wrapped In Red in 2013. The Christmas theme and the concept of red unified the album, but it was sonically diverse dipping into influences from jazz, country, and R&B music. Wrapped In Red was a success becoming the top charting holiday album of 2013 and one of the top 20 of the following year. It earned a platinum certification for sales and the single “Underneath the Tree” topped the adult contemporary chart. Kelly Clarkson’s seventh studio album Piece By Piece appeared in February 2015. It was the final album under Kelly Clarkson’s contract with RCA signed when she won American Idol. Despite strong positive critical reviews, the album was initially a commercial disappointment. The lead single “Heartbeat Song” was her first lead single from a non-holiday studio album to fail to reach the pop top 10. The album debuted at #1 but quickly faded in sales. In February 2016, a year after the album’s release, Kelly Clarkson returned to the live stage in American Idol’s final season and performed “Piece By Piece,” the title song from the album. Her dramatic performance earned strong critical acclaim and blasted the song into the pop top 10 reaching #8 on the chart. It also helped the album have its best sales week since the initial release. Music from ​Piece By Piece earned two Grammy Award nominations including Kelly Clarkson’s fourth Best Pop Vocal Album nomination.

In June 2016, Kelly Clarkson announced that she signed a new recording contract with Atlantic Records. Her eighth studio album Meaning of Life reached stores on October 27, 2017. Classic soul heavily influences the music. The album hit #2 on the charts in the midst of strong critical acclaim. The lead single “Love So Soft” failed to reach the top 40 on the Billboard Hot 100, but it reached Clarkson’s core fans climbing into the top 10 on the adult pop radio chart. Remixes carried the song to #1 on the dance chart. It also earned a Grammy Award nomination for Best Pop Solo Performance. Kelly Clarkson appeared as a coach on the hit TV series The Voice for its fourteenth season in 2018. She coached 15-year-old contestant Brynn Cartelli, a pop and soul singer, to victory. In May, producers of The Voice announced that Clarkson would return to the show for the fifteenth season in the fall of 2018.

In 2012, Kelly Clarkson began dating Brandon Blackstock. He is the son of her manager, Narvel Blackstock. The pair married on October 20, 2013, in Walland, Tennessee. The couple has four children. He has a son and daughter from a previous marriage. She gave birth to a daughter in 2014 and a son in 2016. Kelly Clarkson’s phenomenal success represents the impact of American Idol on American pop music. She single-handedly legitimized the show’s ability to find new stars. Clarkson has sold more than 70 million recordings worldwide. Her voice is celebrated by many observers as one of the best to emerge in pop music since 2000. Clarkson’s focus on her music and her battles against those who dwell on the physical appearance of pop singers has made her a role model for young women in music. With her 2017 album Meaning of Life, she proved that her voice could easily move across the spectrum of pop, country, and R&B music. ]]>