The best and brightest women in ’80s rock music becomes far more interesting to compile once massive pop superstars from Madonna to Whitney Houston to Janet Jackson are deemed ineligible for inclusion. That’s because ’80s rock harbored many worthy artists that often played second fiddle to the era’s prominent pop stars. Now is their chance to shine as confident women performers unintimidated by the usually masculine-leaning hierarchy of rock music. 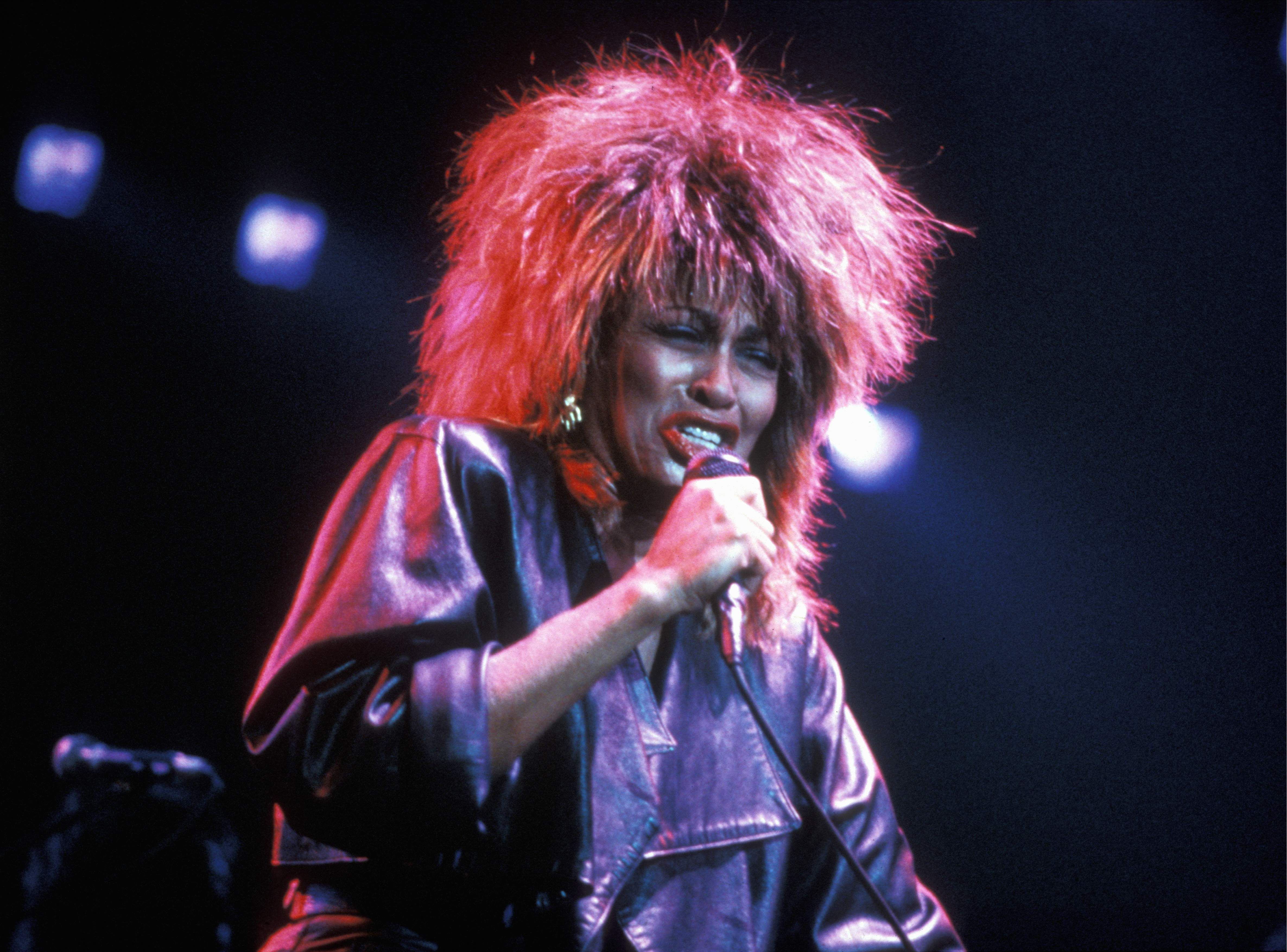 Though she began her career strictly as an R&B/soul/funk singer and performer, Tina Turner re-emerged for the ’80s as a bona fide rock artist. 1984’s “Private Dancer” became a smash hit on the strength of three Top 10 pop singles, one of which—the broadly appealing mid-tempo “Better Be Good to Me”—fully embraced an atypical mainstream rock sound for an African-American artist of the period. In her mid-forties, Turner was unquestionably sexy not only through her physical appearance but also her stage confidence and versatility. “We Don’t Need Another Hero” and “The Best” also became major solo pop hits later in the decade, and Turner’s affinity for rock extended into a successful duet with Bryan Adams on the guitar-fueled “It’s Only Love.” 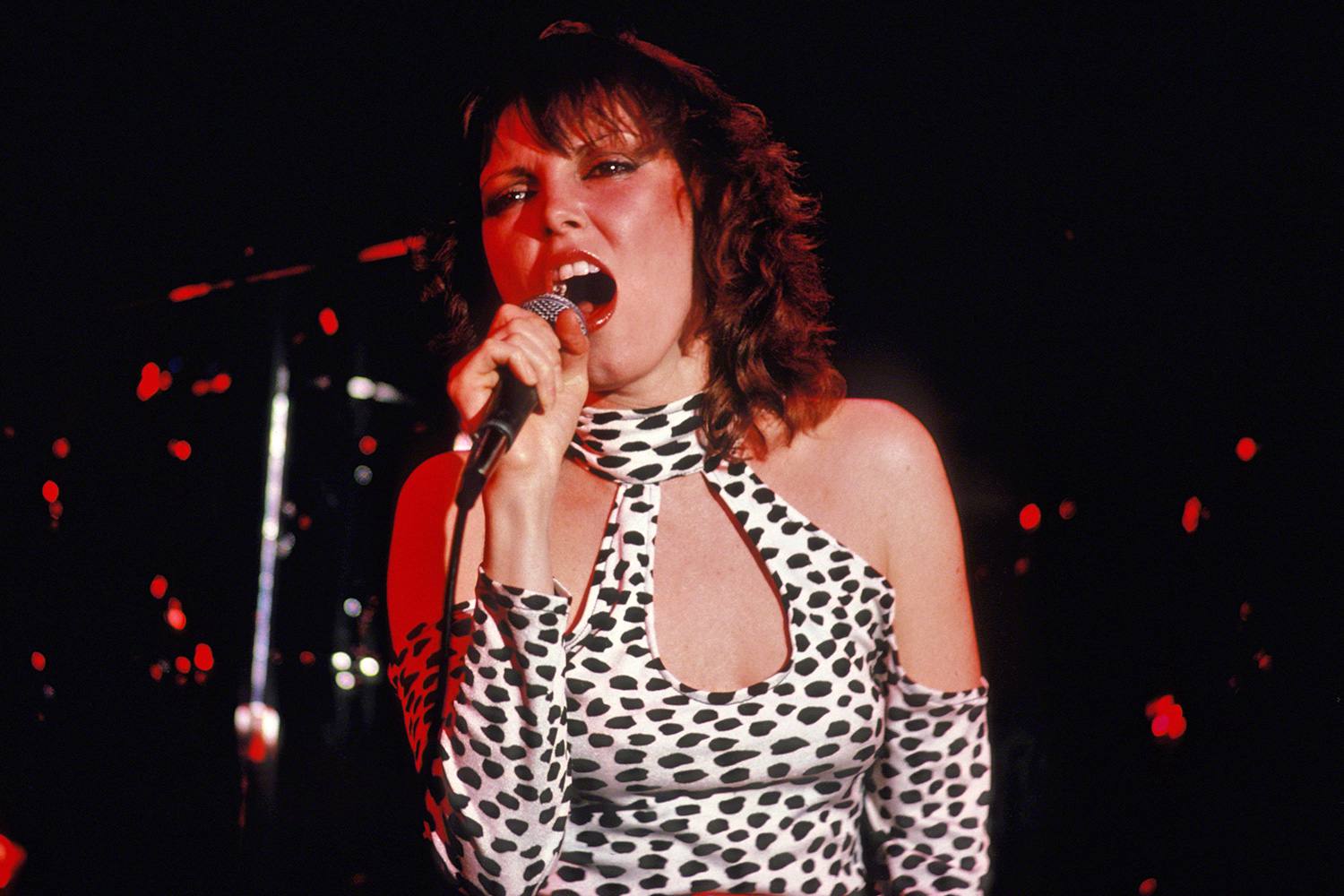 Aside from growing into a decade-long fashion and culture icon, Pat Benatar made a series of genuine mainstream rock albums that successfully spanned the styles of hard rock, new wave, and pop. Her influence on the future of women-produced rock music is undeniable, but she also managed her feats with femininity intact. Equally adept as an interpreter and songwriter, Benatar proved the existence of a rich market for music that explored the feisty, demanding and forceful elements of the late 20th Century woman. Early full-tilt rockers like “Hit Me With Your Best Shot” and “Treat Me Right” may have eventually melted into more pop-friendly tunes like “Shadows of the Night” and “We Belong,” but Benatar has never lost her convincing rock punch. 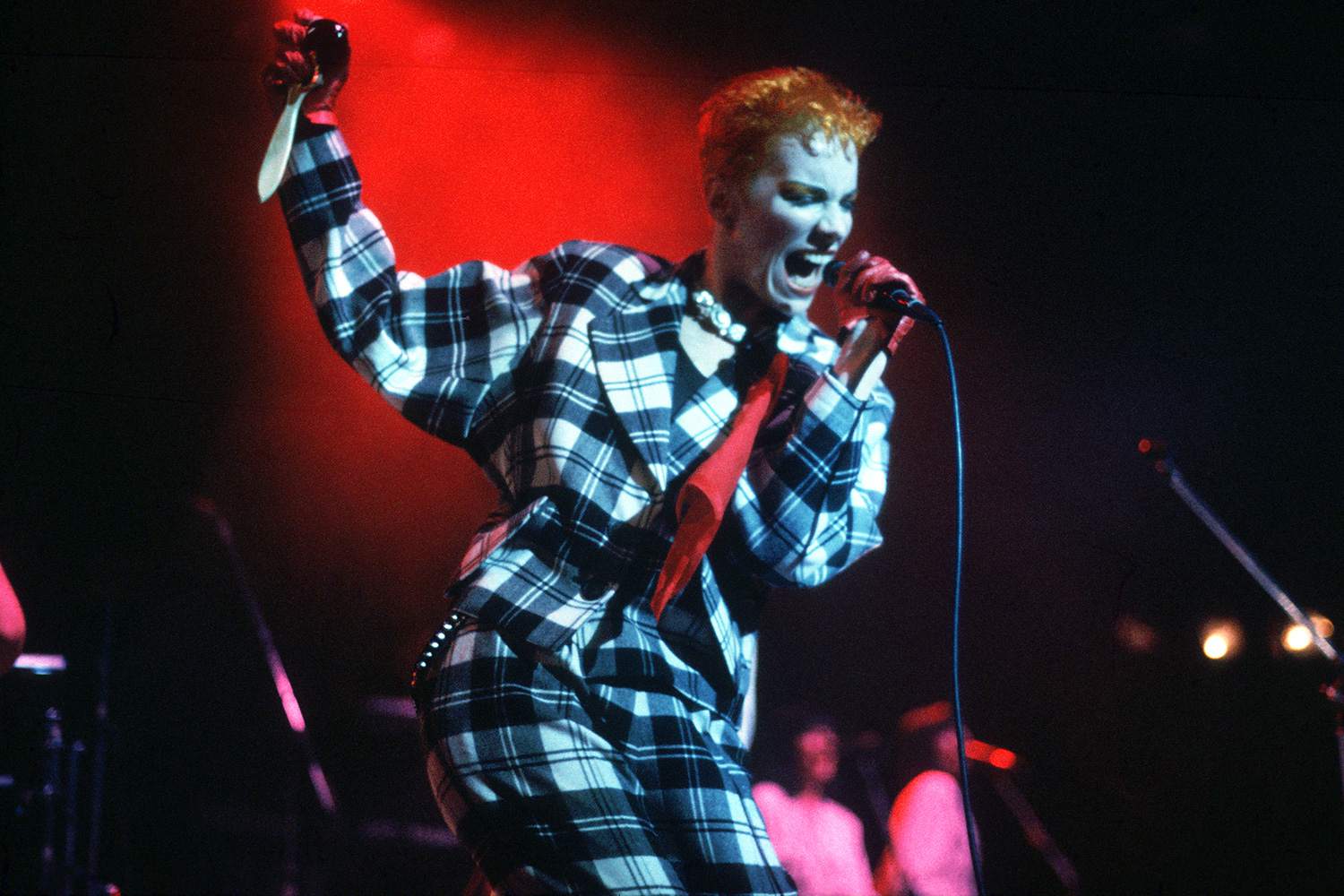 Ian Dickson/Redferns/Getty Images The British duo of Annie Lennox and Dave Stewart may seem, at first glance, to be a strictly pop outfit. Lennox’s orange hair and memorably androgynous image combined with layers of keyboards could easily lead observers to that conclusion. However, massive hits “Sweet Dreams (Are Made of This)” and “Here Comes the Rain Again” boast a rock music fullness even without the customary guitars common to that genre. And by the time “Would I Lie to You?” and “Missionary Man” emerged as successful singles circa 1985-1986, powerful rock music cues had begun to infiltrate the duo’s music, adding yet more muscle to Lennox’s already singularly soulful yet edgy vocals. These latter tunes stand as ’80s mainstream rock classic hits. 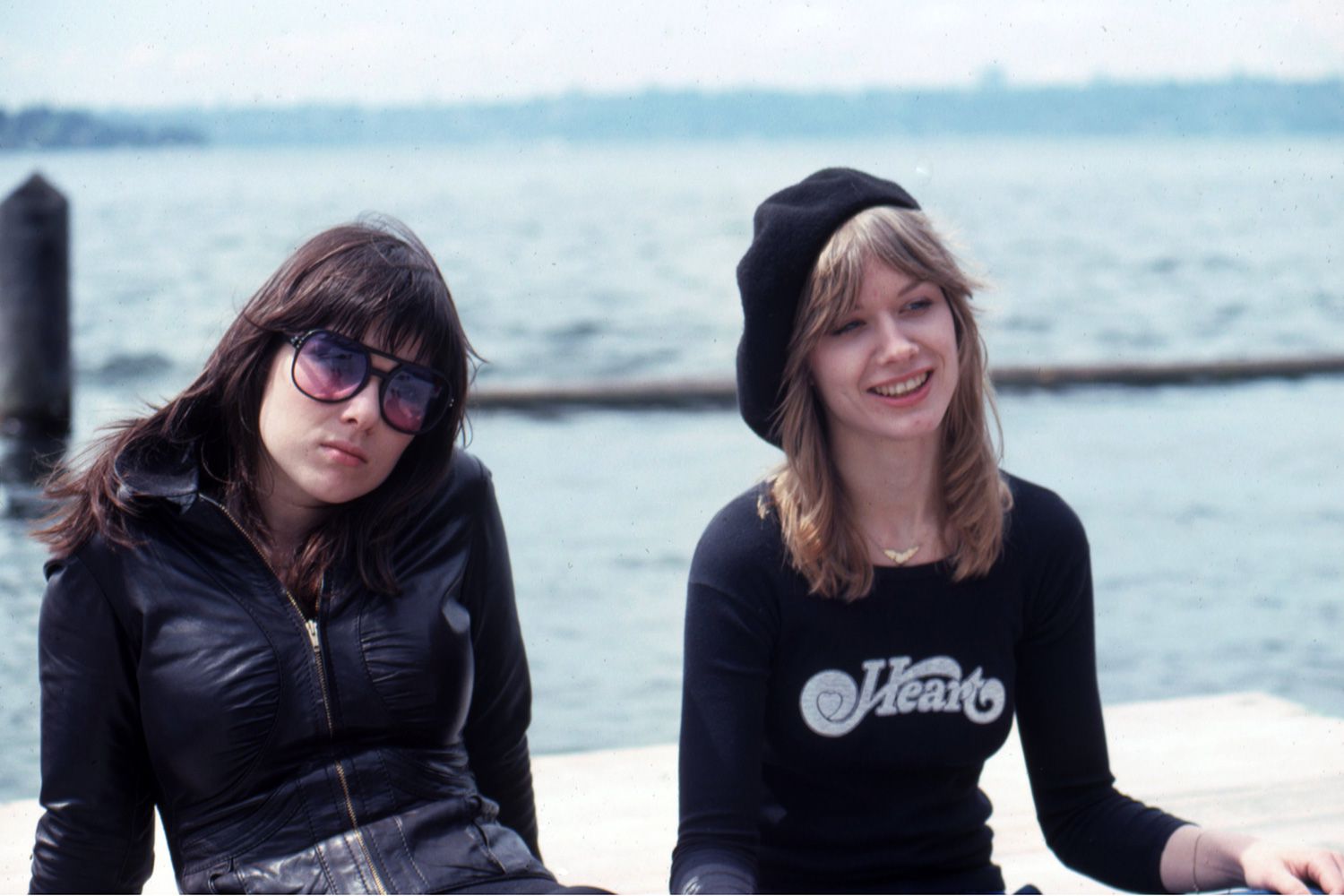 Michael Marks/Michael Ochs Archives/Getty Images Some Heart purists would argue that the band and its feminine leaders rocked much harder and more often during the late ’70s than during their ’80s pop reboot. Ultimately, though there is certainly some truth to that, ’80s Top 10 pop hits “What About Love,” “Never,” and “Alone” contain at least as many signature rock elements as they do pop or, heaven forbid, adult contemporary. The Wilson sisters ruled ’80s mainstream rock on many levels, even if their songwriting talents faded into the background during this period. 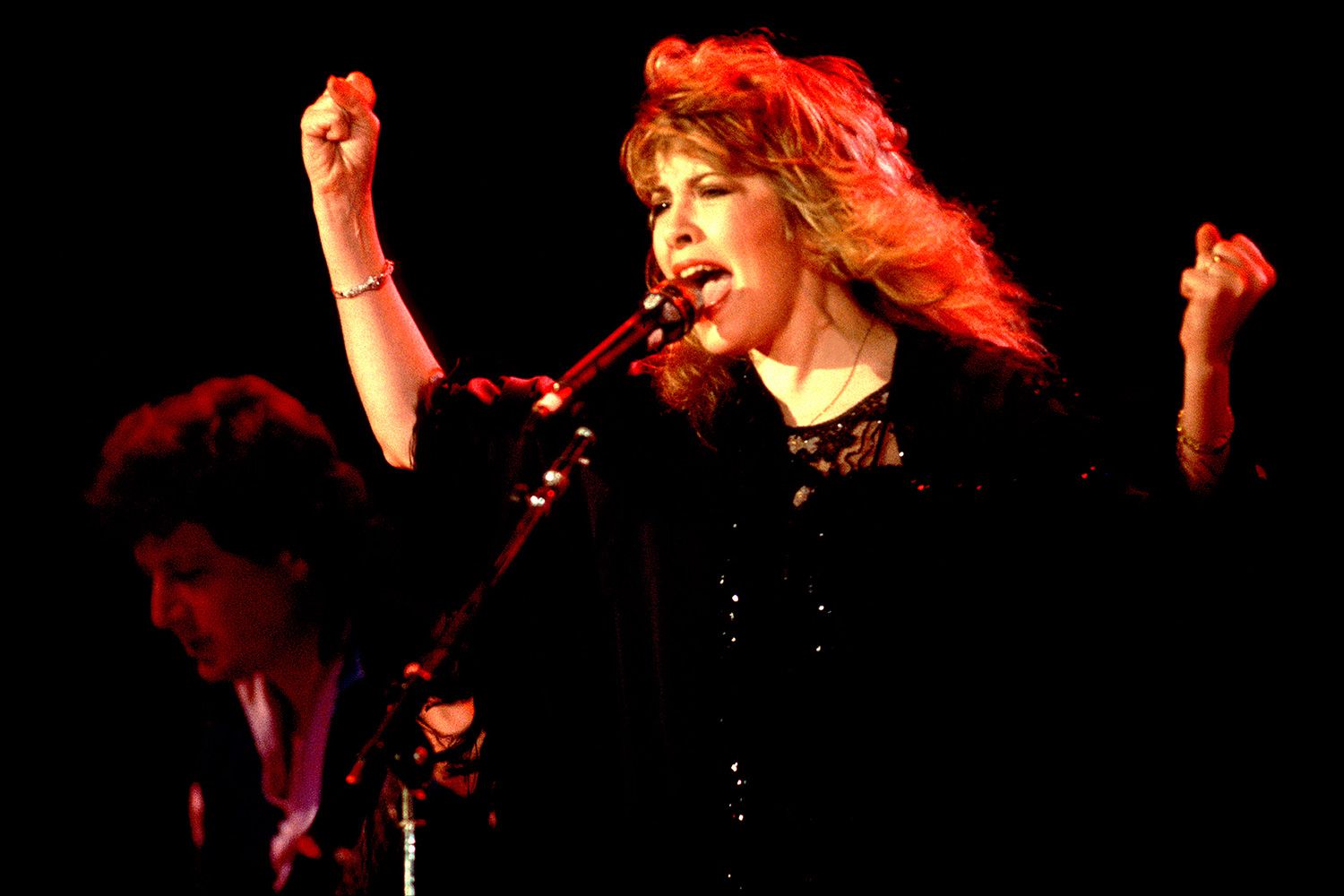 Paul Natkin/Getty Images As already the most visible women member of ’70s rock kingpins Fleetwood Mac, Stevie Nicks was well-positioned to become a bona fide solo rock star during the ’80s. Her output generally didn’t disappoint those with high expectations, even if Nicks’ personal life and the status of her band began to show signs of wear and tear. Especially regarding efforts from the decade’s first half such as “Edge of Seventeen,” “Stand Back,” and “Talk to Me,” Nicks put forth a forceful rock sound in both her raspy, recognizable vocals and her solid rock arrangements. And although Nicks most certainly qualifies as a pop star, there have always been other descriptions that keep her from falling into bubblegum territory. 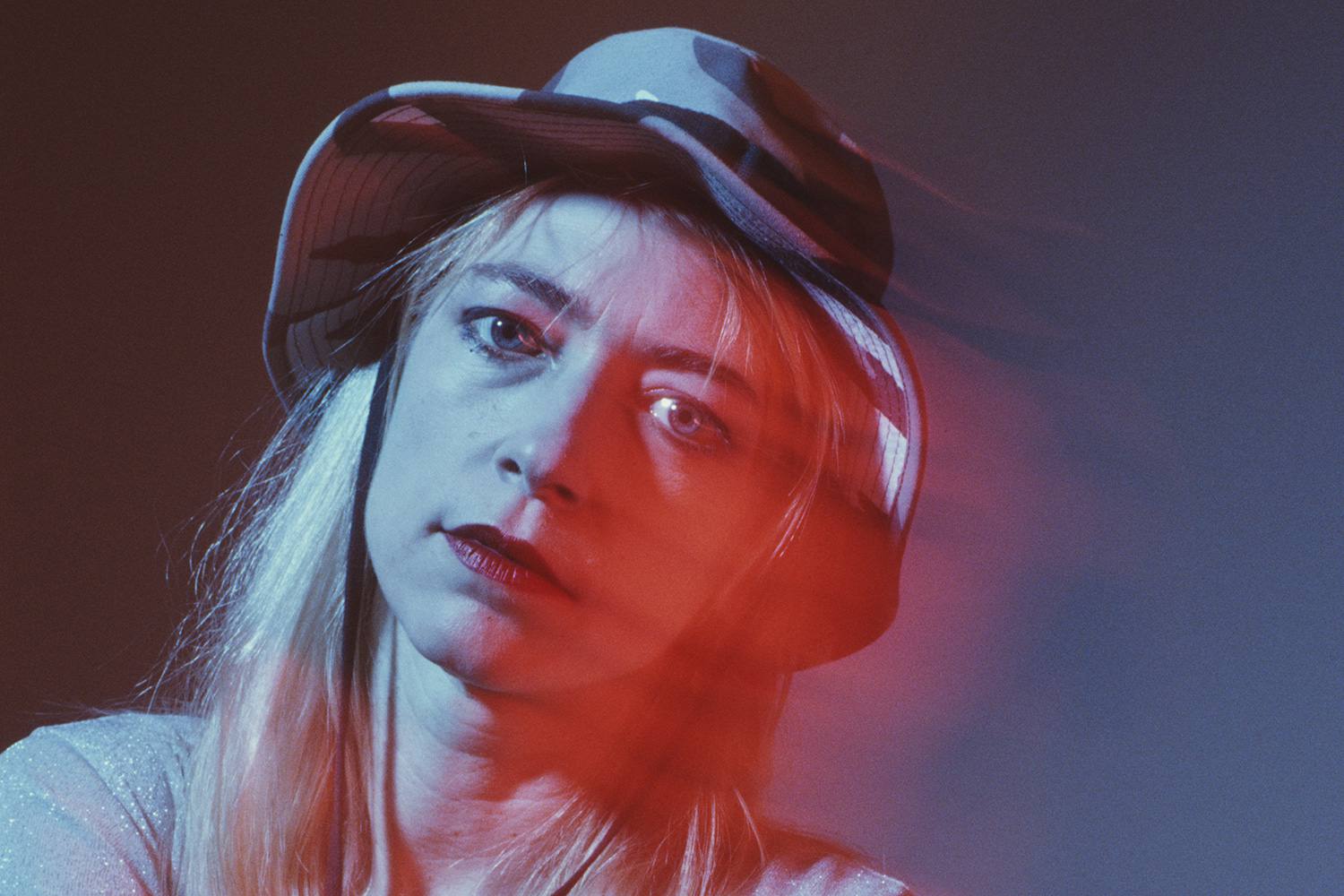 Tony Mottram/Getty Images As a key creative force in one of alternative rock’s most independent and original bands of all-time, Gordon (of Sonic Youth fame) occupies a space in the annals of women in rock akin to no-nonsense punk poetess Patti Smith. Both women plied their crafts in New York City and have long navigated the cutting edge of rock music. Both eschew glamour for passion and honesty in an industry not usually kind to such an attitude. As sometime lead singer and bassist for an ensemble group not strictly fronted by anyone, Gordon might not be one of the first ’80s women rockers to come to mind when brainstorming this topic. However, her band’s contributions and continuous influence make a strong argument for Gordon’s presence in this particular conversation. 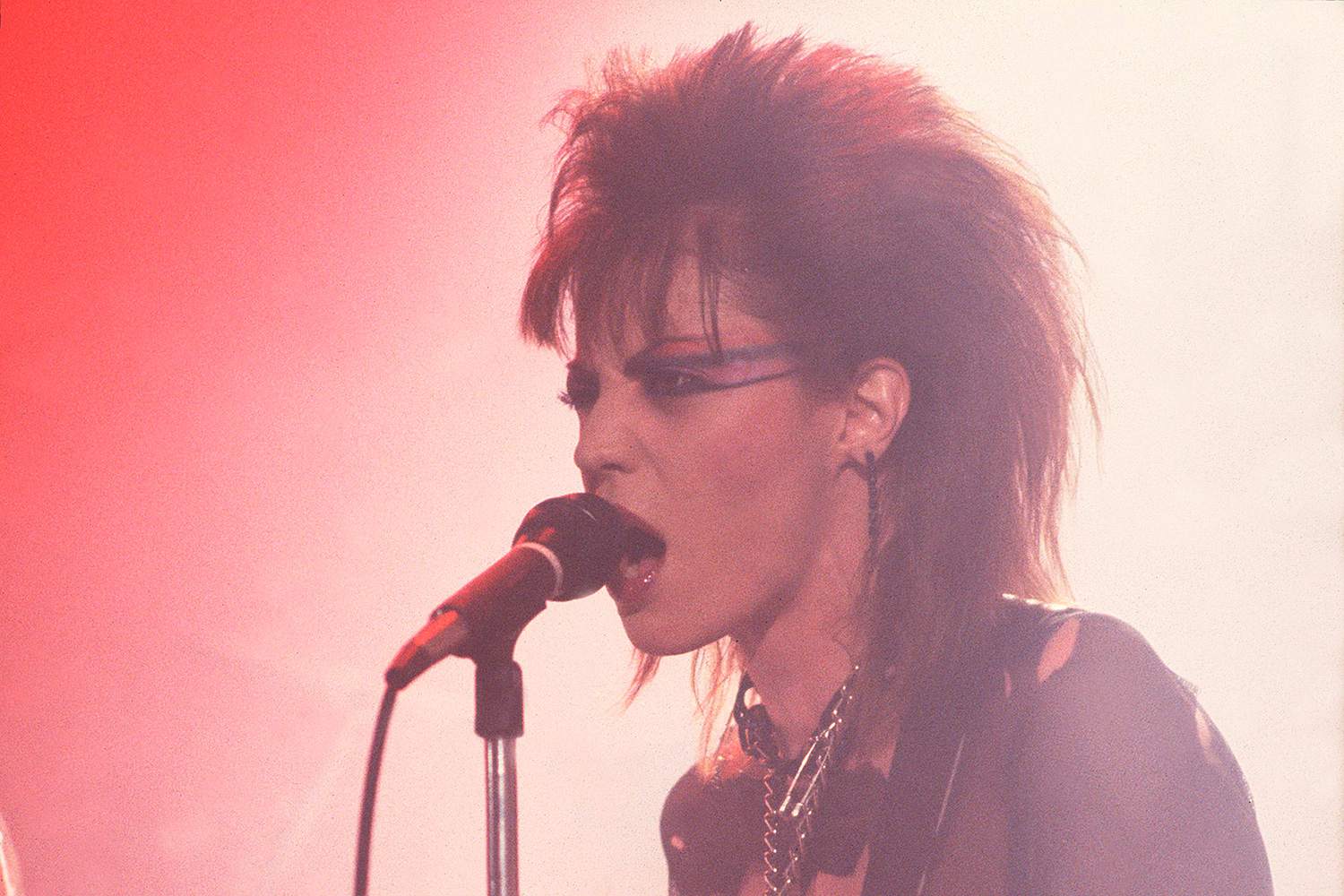 Paul Natkin/Getty Images Joan Jett may be the ’80s woman artist with the complete rock pedigree, as her status as founding member of the Runaways proved instantly that she had appeal for fans of punk rock, hard rock, mainstream rock and even heavy metal to a certain extent. That same rock versatility has personified Jett’s work as a solo artist and as the unquestioned leader of her capable backing band, the Blackhearts. Jett has also managed to blend an undeniably sexy feminity with an aggressive image and approach usually reserved for the testosterone-heavy lineups of the majority of hard rock bands. An anthem such as 1981’s “Bad Reputation” displays more convincing bravado than perhaps three-quarters of the male-dominated hard rock Jett helped inspire. 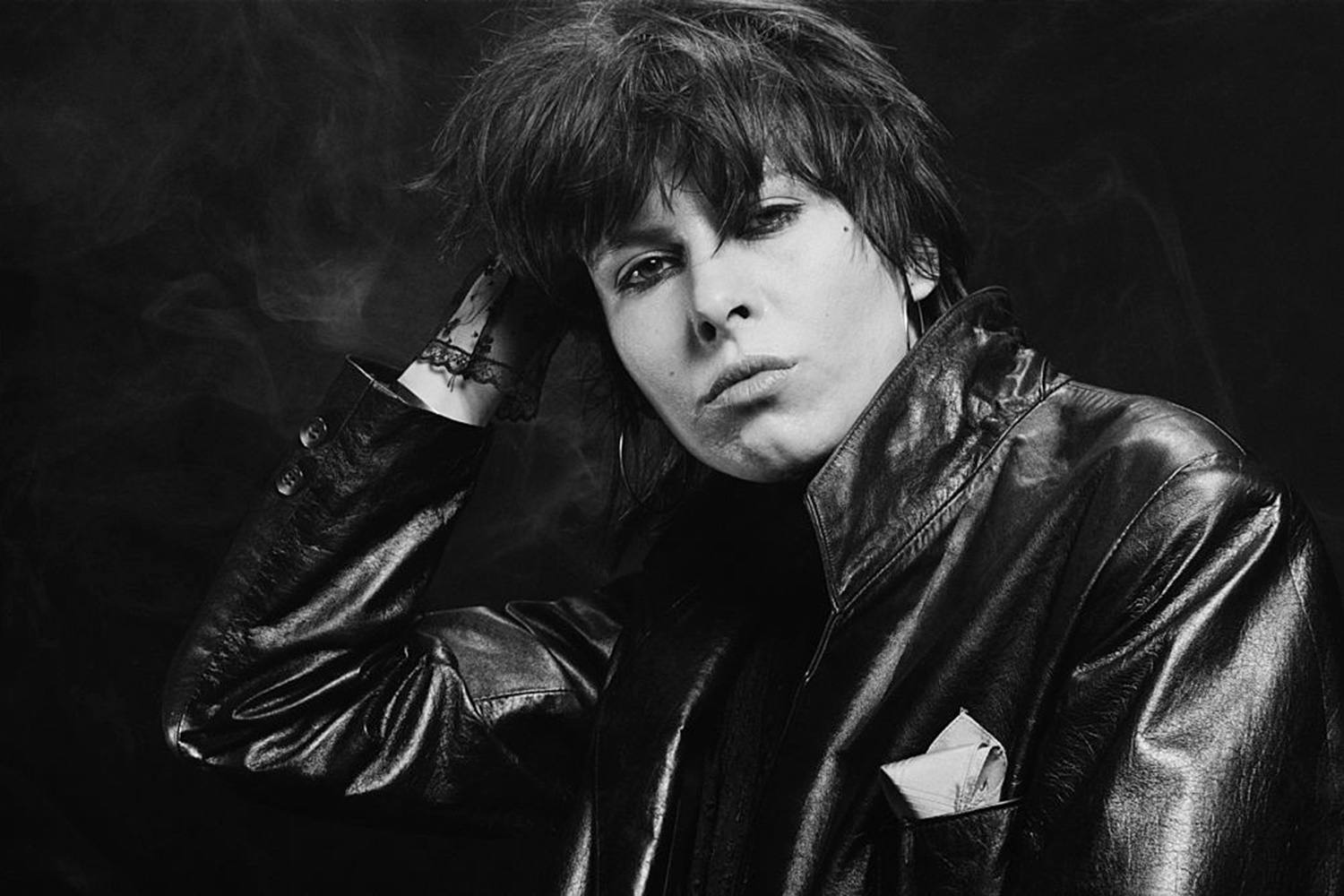 Fin Costello/Redferns/Getty Images That a native of Akron, Ohio could have gone to England and helped direct the fledgling punk rock scene there—all before she founded and led The Pretenders, one of the finest punk/new wave-inspired bands of the ’80s—is but one detail of the life of Chrissie Hynde that lands her squarely on this list. Hynde explored the British and European music scenes for a few years before making several attempts to start and lead a band. Therefore, by the time she finally formed the Pretenders in 1978, Hynde was experienced enough to select highly talented bandmates and resilient enough to withstand the drug-related deaths of two of them. Hynde carried on to produce some of the Pretenders’ finest songs yet in “Don’t Get Me Wrong” and “Show Me.” 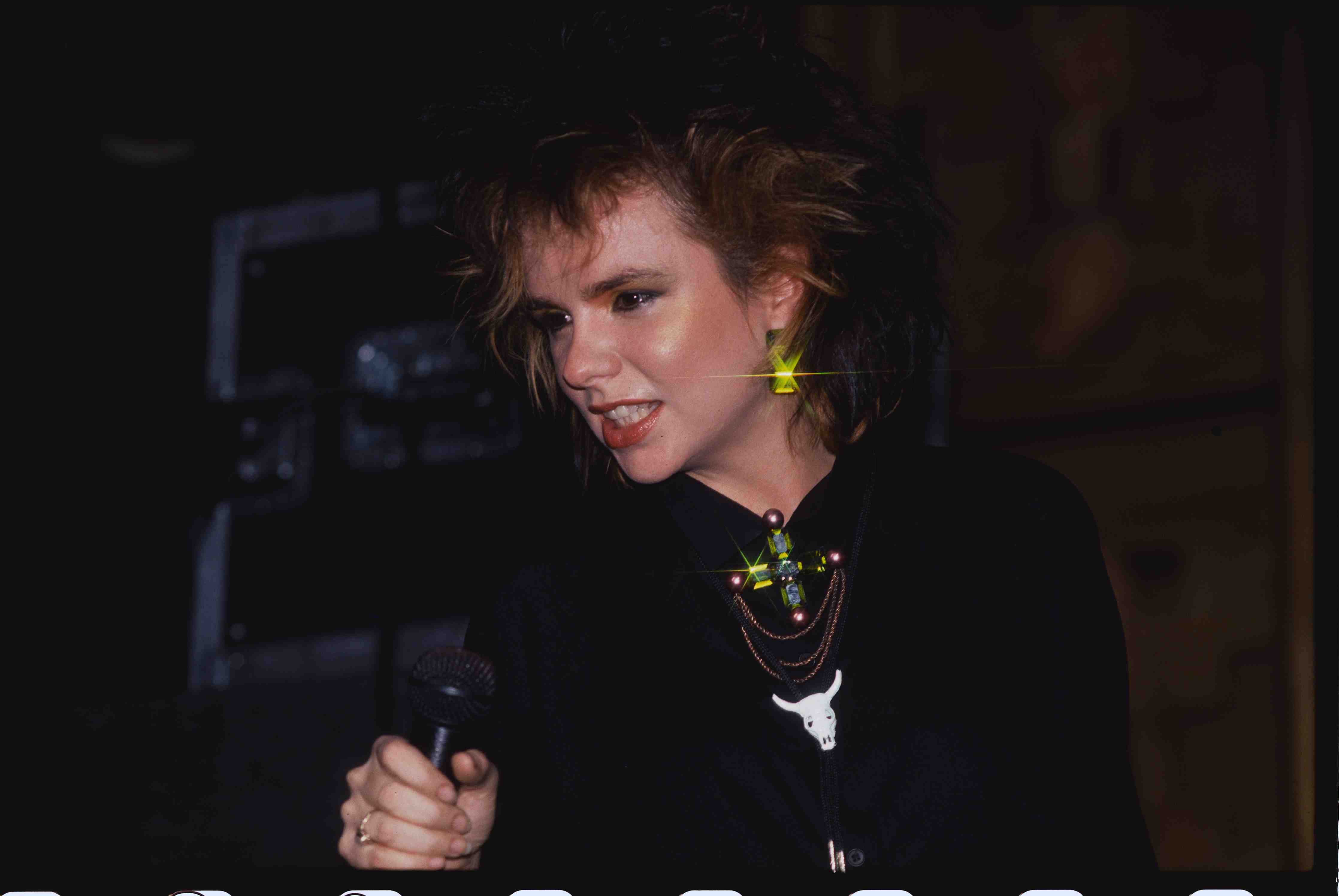 As probably the biggest dark horse on this list, Scandal frontwoman and solo artist Patty Smyth rarely receive the credit she deserves for being a major ’80s rock presence. Like Jett and Hynde, Smyth covers a lot of ground both musically and personally. Aside from an early-’80s relationship with legendary New York City punk musician Richard Hell—with whom she had a daughter—Smyth also received consideration from friend Eddie Van Halen as a possible replacement for David Lee Roth in his esteemed band. As for Scandal and her fledgling solo career, Smyth injected some memorable rock songs into the pantheon of ’80s music, including “Goodbye to You” and “The Warrior” as well as “Never Enough,” a major hit on the mainstream rock charts in 1987. ]]>