Berkshire Hathaway grabs many headlines, but it also should pique the interest of every investor.

With the annual meeting from Berkshire Hathaway (NYSE:BRK-A) (NYSE:BRK-B) now ten days away, here are ten reasons why it is the best stock you can buy.

10. Diversity
One of the best things about Berkshire Hathaway is the diverse range of its businesses. This includes its core insurance operations, but also its railroad, utilities and energy segments, as well as its finance and financial products.

A simple glance at the staggering $28 billion it earned before taxes last year reveals how diverse its business is: 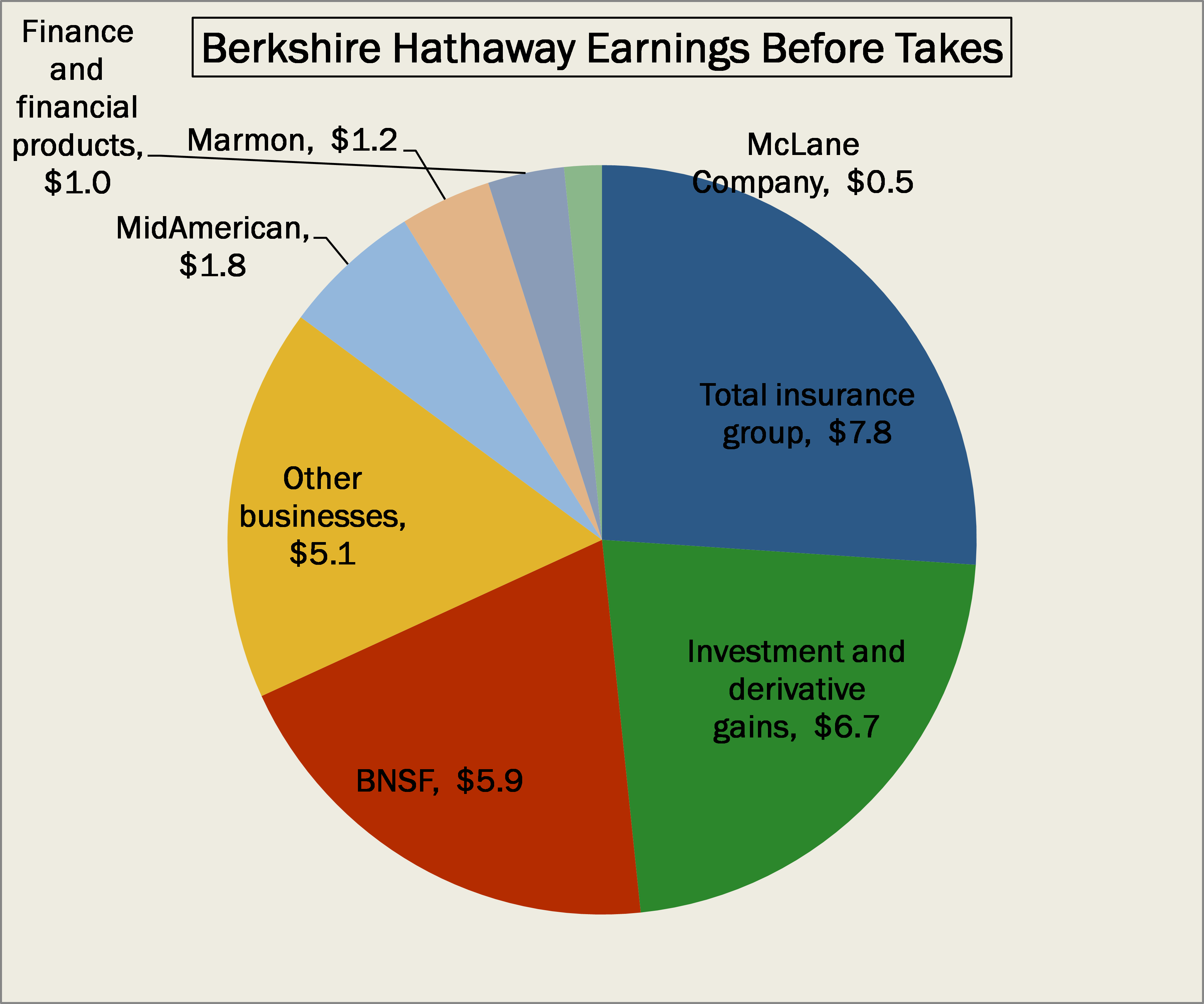 9. Remarkable growth
Not only is the business itself diverse, but it has done an amazing job at growing revenue. A simple glance at the revenue over the last five years reveals an incredible increase: 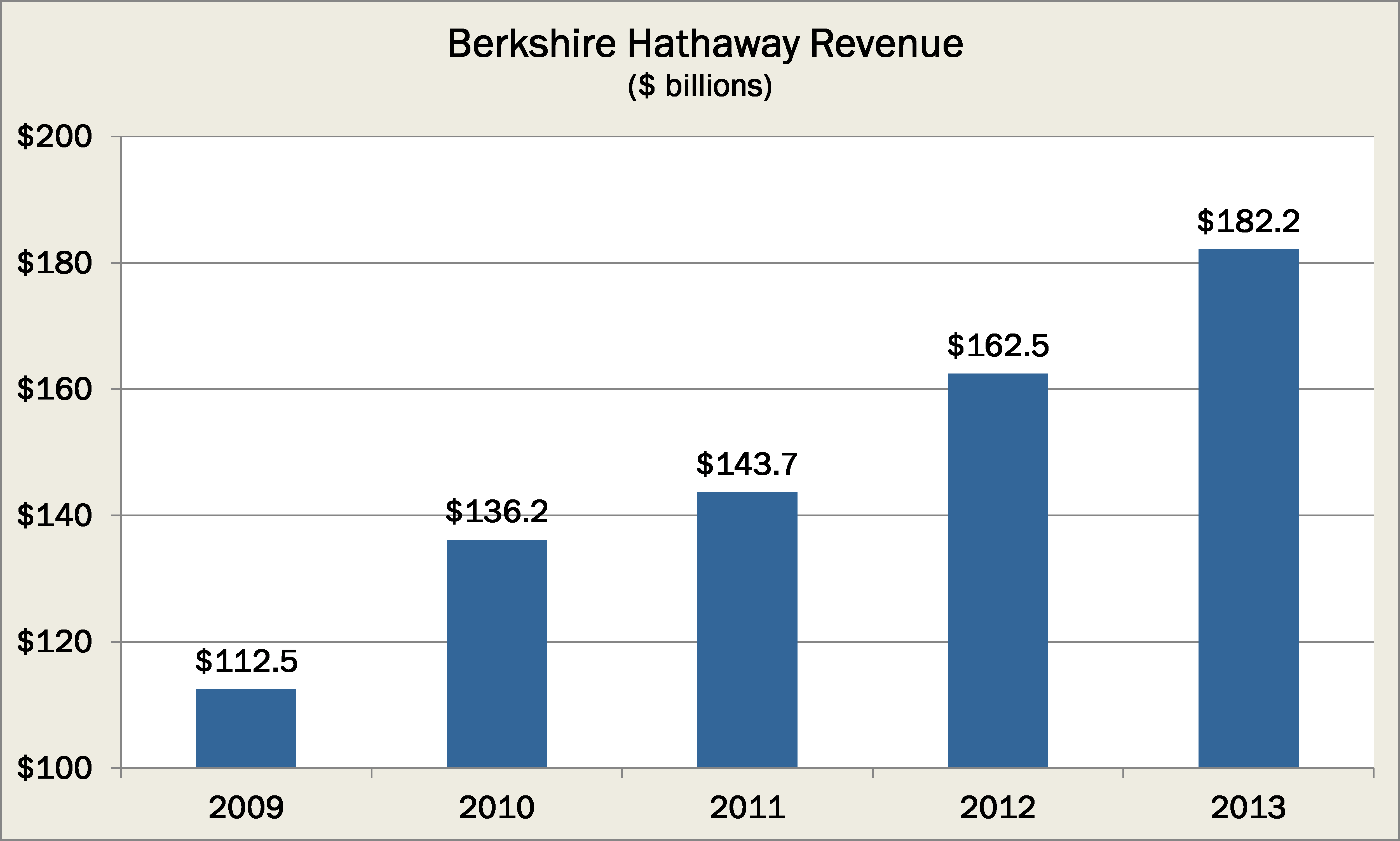 A big reason behind this is its growth in asset base over the same time, but this means the growth is the result of effectively adding businesses which can deliver strong returns.

8. Billions unclaimed
Many know of Berkshire’s major holdings (Wells Fargo, Coca-Cola, American Express and IBM), but fewer people know at the end of the year, Buffett had more than $58 billion in unrealized gains. This means there’s nearly $60 billion that hasn’t been reflected in a single income statement yet.

7. Attractive investments
While we’re on the subject of the aforementioned investments, it must be noted how much Buffett owns of some of them:

5. Attractive valuation
Buffett said in his recent letter to shareholders that when Berkshire’s stock is trading at less than 120% of its book value, they will be “aggressive,” in repurchasing shares. The current valuation shows Berkshire Hathaway is trading at 140% of its book value, trading just 15% higher than the value Buffett himself finds attractive. That is still very appealing.

4. Curious potential
Buffett has long made known his desire to use his “elephant gun” to make a massive acquisition between $5 and $20 billion.

Berkshire has been aggressively expanding in recent years (its assets now stand at $485 billion versus $300 billion in 2009), but such growth has directly resulted in bottom and top line growth as well. As a result, another great acquisition is certainly appealing.

3. Strong farm system
We know, one day, Warren Buffett will not be at the helm of Berkshire Hathaway. Yet just as he has done a remarkable job at picking investments and running his company, so too has he exhibited an uncanny ability to select great managers to fill in his footsteps. In the most recent letter to shareholders he said:

In a year in which most equity managers found it impossible to outperform the S&P 500, both Todd Combs and Ted Weschler handily did so. Each now runs a portfolio exceeding $7 billion. They’ve earned it. I must again confess that their investments outperformed mine. Todd and Ted have also created significant value for you in several matters unrelated to their portfolio activities. Their contributions are just beginning: Both men have Berkshire blood in their veins.

If that’s not reassuring to investors, nothing will be.

2. An open dialogue
One of the unquantifiable, but absolutely valuable, things about Berkshire Hathaway is its willingness to discuss results with its shareholders. Whether it’s the annual letter, report, or shareholder meeting, there are little to no mysteries surrounding the company. It instead operates with the intention of truly informing its shareholders of both the successes and failures of its operations.

Although it will be different when Buffett isn’t at the helm, this conversational atmosphere eases many concerns.

Follow along as we countdown the days until Berkshire Hathaway’s annual shareholder meeting in Omaha, Nebraska on May 3. A handful of Fools will be attending the event and live chatting with other Fools around the globe! Click HERE to set a reminder for yourself about the live chat!